Spine and heart of the Innovalia Group: strategic alliance of 7 Basque companies that are a clear example of the continuous incorporation of innovation processes, the commitment to technology and always being focused on internationalization. “Innovation, technology and internationalization, three fundamental axes for the growth of companies. These three are part of the CARSA DNA since its beginning in 1987, and thanks to those 3 axes, CARSA is the most experienced innovation management consultant in the Spanish market” says Jesús de la Maza, CEO of CARSA and president of the Innovalia Group.
CARSA was born at the end of the 80’s, when the Basque Country was going through an industrial and technological crisis. With the change of the socio-economic structure, a re-conversion of the manufacturing industry started to be needed, which ended being a great step towards the automation and robotization of the industrial processes. At that moment, CARSA, with the aim to differentiate itself, decided to focus on the incorporation of technology-based innovation processes as a generic model to help SMEs. These three pillars still exist today and are the basis of a series of specific services for private companies and public administrations. In the private sector, the services are focused on industrial SMEs and large companies that need support in activities related to their innovation activities management. Through the professional management of R+D+I, “We managed to improve the position of the company internally and externally, from the application of new technologies, innovative projects and internationalization actions” says Jesús de la Maza.
In the public sector, the services are focused on regional, national and international administrations, requiring external support from R+D+I experts to define the innovation policies or to manage the proper performance of their programs. The application of own methodologies and tools, and the introduction of innovative elements created ad-hoc for each client, have enabled CARSA to “consolidate itself as a closer collaborator who responds satisfactorily to the challenges that arise in each project”.
CARSA also established, 17 years ago, a Basque strategic business network which is now known as the Innovalia Group. With international presence in more than 12 countries, the Innovalia Group and has been able to position itself, thanks to CARSA, as a Basque technology and European innovation ambassador.
To celebrate its 30th anniversary, CARSA organized an open event on June 9th at 6pm in the Bizkaia Aretoa. During the event, the attendees enjoyed the history, present and future of CARSA through its 3 fundamental pillars: innovation, technology and internationalization. A voice quartet set the comic note to the event while having emotional moments like the intervention of the Innovalia Group president, Jesus de la Maza, who thanked the presence of employees and friends and made a trip to the past highlighting the main challenges and successes of CARSA, pointing out the creation of its own technology as a milestone in the Group’s business journey.
The event followed with a show of the Norwegian artist, Gisle Martens Meyer that merged technology with music and managed once again to translate into art each of the changes that society is experiencing due to digitization.
The evening concluded with a cocktail on the Bizkaia Aretoa terrace and with an exhibition of a digital art piece that showed more than 100000 images related to the evolution of the company flowing in an unlimited digital space represented with more than 8 TV screens. The art piece, Dataviz, gathered many curious minds around it and people who felt identified with certain images.
The celebration of the 30th anniversary allowed the attendants not only to share the challenges, but also the evolution and achievements that have allowed the development and creation of what we know now as the Innovalia Group. A journey that began 30 years ago with not too many people, but with much enthusiasm. This journey translates today, three decades later, in a more enthusiastic group, more people, and a greater ability to continue betting on innovation, continue to create and export technology. 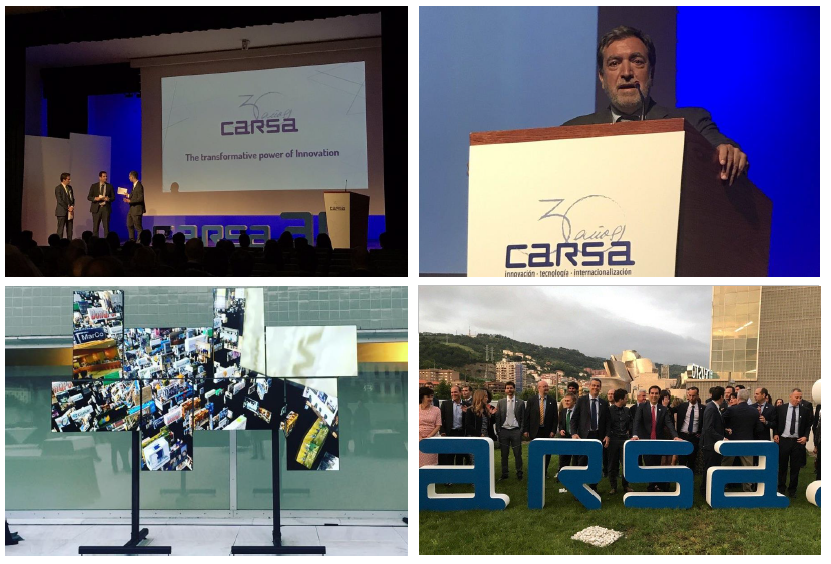 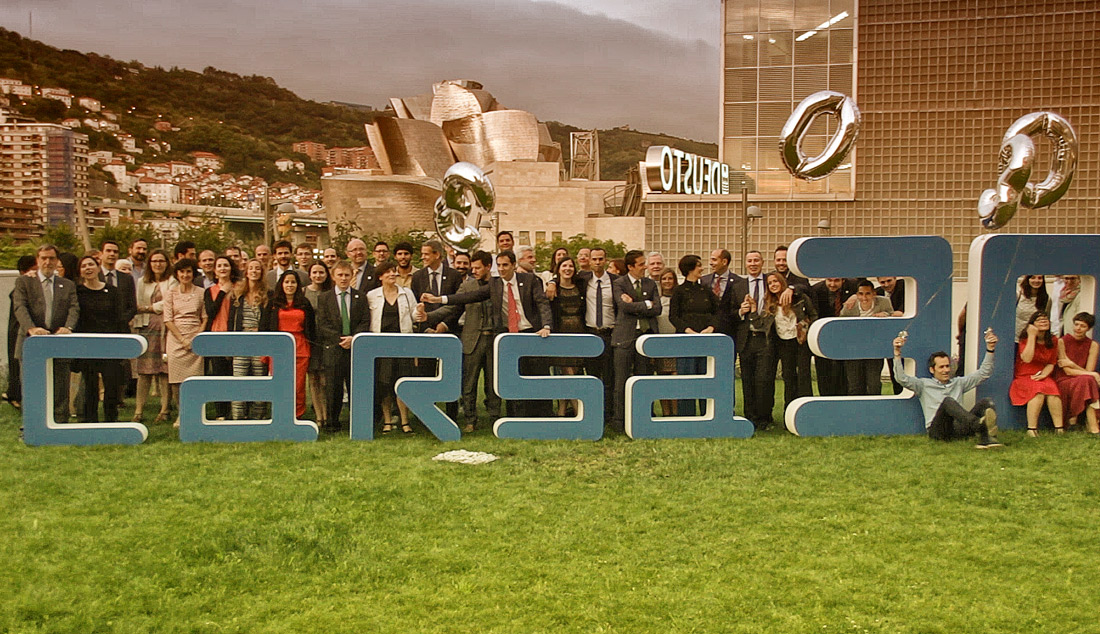