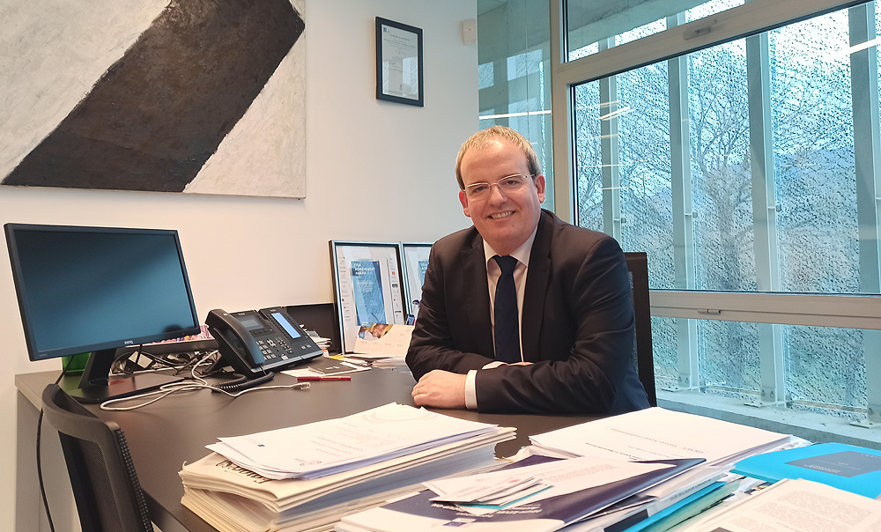 The IDSA Spanish Hub initiative is piloted by the Innovalia Group and supported by the Bilbao City Council, SPRI, the Ministry of Industry, the European Commission and the World Economic Forum. Interview with Óscar Lázaro, director of the Innovalia Association

¿What is IDSA Spanish Hub?

IDSA Spanish Hub is the initiative of the European IDS project for all of Spain, which could be defined as a standard, a community that includes large, small and medium-sized companies from different sectors that has a common need: to establish mechanisms for data sharing that allow having a control of the use of the data of a third party while sharing that information. IDS tries not to lose the sovereignty and control of the data we share with a third party. With current technology there are limitations to know what happens to the data once they escape our scope and to know if the data is being used as we allow when we decide to share it. This IDS technology establishes the technological, legal and contractual bases to authorize this type of collaboration between a group of companies.

What kind of data are you talking about?

Why is it important to protect that type of data?

Many data are exchanged throughout the life cycle of a product. For example, the automotive sector is organized into suppliers that provide components and systems that are integrated throughout the process. Each of these agents has very valuable information about the design, use or maintenance that has been done in their life cycle. The diversity of agents is very wide, but the objective is to improve the business process. It is not just about providing a technology-based solution but also based on legal agreements

What is the origin of IDS?

The initiative is based on a group of companies in Germany supported by the Fraunhofer Institut. Two years ago, in January 2018, we launched the Boost 4.0 project from Innovalia Group, which is basically the seed on which the European component of this project has been developed. The objective and mission of IDSA Hub is supported by its more than 100 partners in more than 30 countries, including Innovalia, Allianz, Atos, Audi, Bayer, Bosch, Cefriel, Schenker, Deloitte, Deutsche Bank, Fraunhofer, Huawei, IBM, Komsa, Pwc, ThyssenKrupp, Sick, Schaeffler, Siemens, T-Mobile or Volkswagen.

Why Euskadi has been chosen as the place to launch this IDSA Spanish Hub?

In addition to Innovalia’s experience in the Boost 4.0 project, the verticals are also linked to logistics, transport and Industry 4.0, and the different proposals for locations in Spain, Euskadi and specifically Bilbao was the most suitable for creating this initiative. IDSA Spanish Hub will cover the entire Spanish territory and is connected with the other ten hubs at European and international level.

What is the roadmap that you have marked for the coming months?

This year the most important action we want to carry out is to launch what are the infrastructures for the certification in Euskadi, validation, and verification of industrial applications based on IDS. The objective of IDSA Spanish Hub is to lead this activity at the European network level. There is another important milestone that is the Hannover Messe that will be held in April and to which we want to make a proposal for all Basque, European and Spanish companies so that application and platform developers can certify their products within the IDS framework. In parallel, during these first months, our goal is to increase the ecosystem of companies in the sector that are joining the initiative.